Switching Up My Skincare

For the last year or so I have stuck to the same skincare products, loyally repurchasing the same serum, toner and moisturiser ad nauseam in fear of picking up a new product which could aggravate my skin and cause breakouts or dry patches. And to be honest, I’m not sure why I went back to those products again and again, when they were really nothing special, simply some of the cheapest and easiest on the market. I’d become complacent.

At the start of the year I ran out of a slew of products, and rather than repurchase my tried and tested, I replaced them with all new products. Two months later, here are my thoughts on the products… 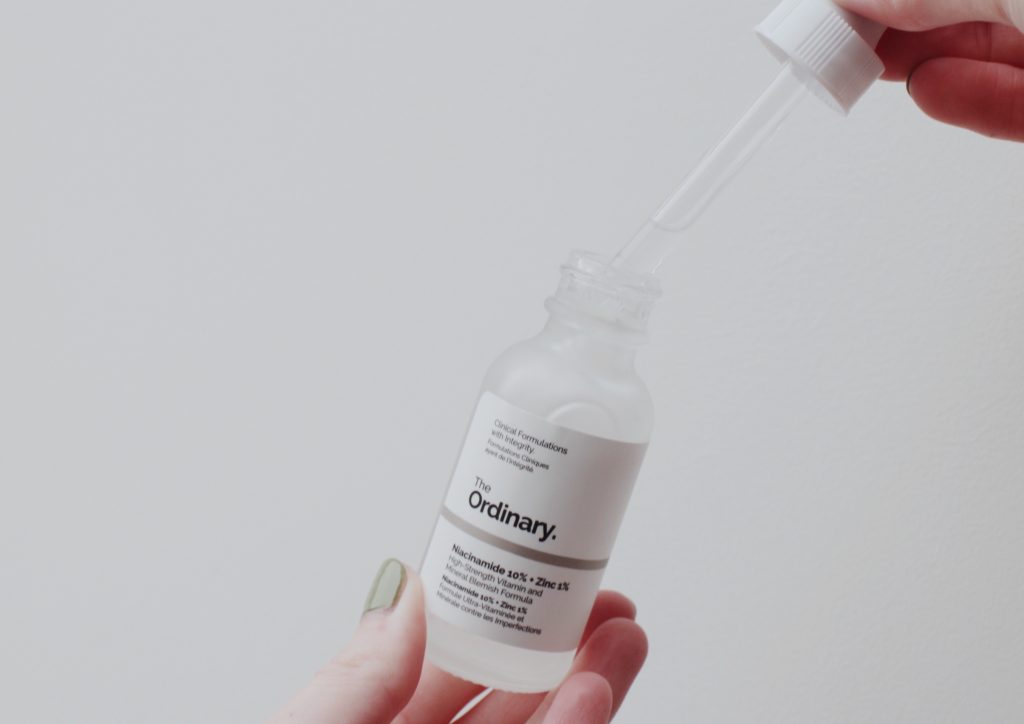 First up an inexpensive serum, The Ordinary’s Niacinamide 10% and Zinc 1% breakout buster. It is designed to regulate sebum, minimise pores, even out skin tone and fight blemishes - all for only £5. I’d have been stupid not to try it for that amount! It can be used morning or evening underneath your moisturiser, though I specifically bought it for morning use thinking the pore minimising abilities would help make my makeup look better. Unfortunately, that is not what it did.

On application it felt like it left a light film on my skin - if I applied too much it would pill, clearly unable to absorb into my skin; and it also just doesn’t sit well underneath makeup, leaving me looking quite shiny - and not in a ‘lit from within‘ way, in an ‘I look like I’ve got a very thin layer of cellophane on under my foundation‘ type of way. Not exactly what I was after.

I started using it in the evening instead but found that it still just did not sit well underneath other products, causing pilling anytime I applied my night oil over it. Obviously, this is less of an issue at night than in the day, but it doesn’t feel very nice.

This is honestly a product I’ll really struggle to use up, which is such a shame because from other reviews I’ve seen it is incredibly popular and effective for other people. Unlike so many others, I did not see a difference in my pore size, skin tone or blemishes - in fact, I find it actually clogs my pores causing slight milia around my cheeks. It isn’t anything too serious, but still, isn’t that the opposite of what it’s supposed to do?

All that said, I don’t think I’d necessarily dissuade people from it as it does work for so many other people. I mean, for £5 I think anything is worth trying! It’s just a shame it didn’t work for me! 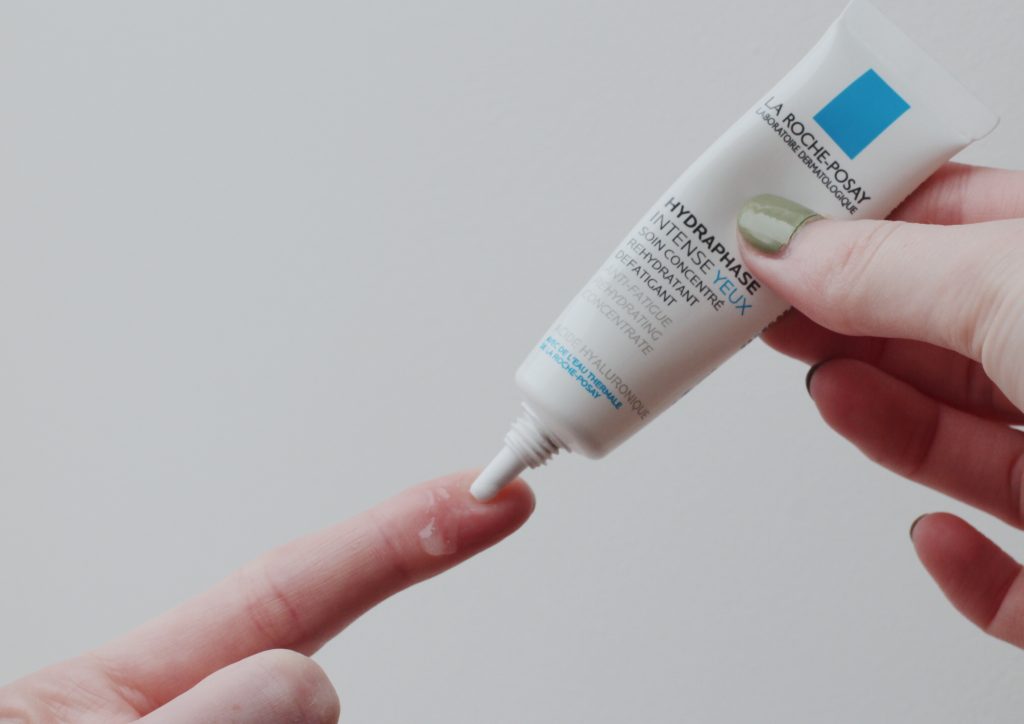 I thought I’d try the Hydraphase Intense Eye Cream from La Roche-Posay for £10. I liked that it is specifically targeted to moisturise rather than brighten as that is what I most need from an eye cream.

I would not classify this as a cream however, this is very much an eye gel in my opinion - had I known that beforehand I would not have purchased it. I’m just not that into gels – I don’t find them to be as hydrating as a cream. There is nothing inherently wrong with this one, it hasn’t irritated the skin around my eyes in any way. It just doesn’t feel incredibly moisturising and I have found that my concealer doesn’t apply quite as evenly or smoothly when I use it. I will definitely be looking elsewhere for an eye cream (not a gel!) in the future.

Having tried clarifying toners from both La Roche-Posay and Avene in the past that were too drying and abrasive, I was initially unsure about trying the Eucerin DermoPurifyer Toner. This claims to use salicylic acid (a blemished skincare favourite) to unclog pores and minimise and prevent blemishes - supposedly all without drying out your skin due to its compatibility with acne medication - which is not something I’ve ever seen advertised on other products, so that had me intrigued.

It definitely isn’t drying, unlike the other toners mentioned. I can’t say if it has helped to unclog my pores and prevent blemishes, in part because I have been using other products to help with those issues anyway, but also because I do not see a huge difference after applying this.

I wouldn’t necessarily rush out to repurchase it when it runs out as I could happily try something new. I would be intrigued to try more from the DermoPure range, and I would buy this toner again at a push. 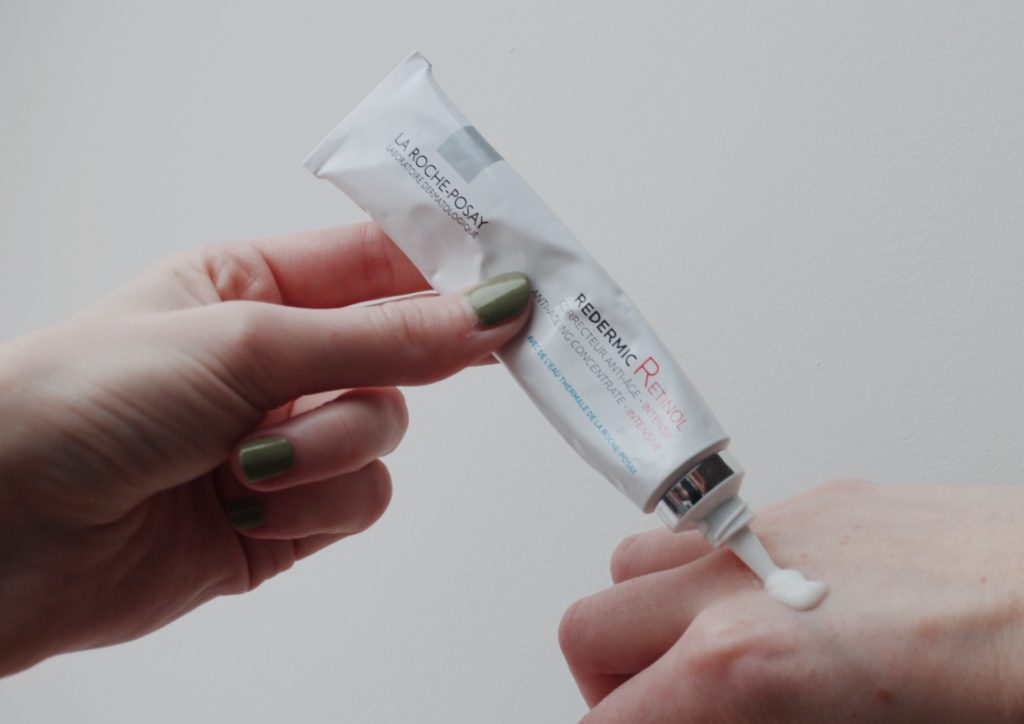 I felt like it was time to take an anti-ageing step in my routine and so decided to add the La Roche-Posay Redermic Retinol. I chose this as my first retinoid in part because of the price (so predictable), as it was on offer for £20 which makes it one of the cheapest on the market. At 0.3% it is also one of the lowest percentage retinol you can get.

If you’re new to retinol the low percentage probably doesn’t seem like a good thing, don’t we normally want larger quantities of good ingredients in our skincare? But it is actually best to start small if you’ve never used one before as it is an incredibly potent ingredient that can cause all sorts of adverse effects if you haven’t built up your skin’s tolerance to it.

I still approached this product with caution despite the low percentage - I did not want red, flaky, spotty skin. For about the first month I used it twice a week, and upon having no reaction to it then upped my usage to three times a week. I don’t know if it was this approach prevented any peeling, or the dreaded purge period, but I can honestly say I didn’t experience any negative reactions to this retinol. Maybe it was the percentage, maybe my skin is just made of sterner stuff - I don’t know! But I would definitely recommend this approach.

Now, onto the good stuff - did it work? Retinols are basically a do-all product, they help to diminish fine lines, brighten, tighten pores, regulate your skin’s oil production, fight acne, soothe inflammation and re-home kittens and puppies. Ok, the last one isn’t true, but you get the gist, it is supposedly a wonder-worker. Now, I can’t really comment on its anti-ageing abilities because I don’t have a lot to anti-age, but everything else listed is much higher on my ‘concerns’ list. So after two months, honestly, I wouldn’t say it has been a miracle worker. A lot of the benefits I notice after use - smaller pores, smoother skin - only last temporarily, a day, maybe two at most. But that one day will be a great skin day.

It is possible that I need to use it more often to see more of a lasting effect - a lot of the rave reviews I’ve read for this product mention almost daily use, so perhaps it is time for me to try using it every other day, and see if the improvements stick around. I will say that I don’t think it has done anything to lessen my pre-existing acne scars, but when I did have a hormonal break-out last month it did seem to help shrink the spots somewhat - albeit quite slowly.

I’m glad I picked it up, it is the one item in this post that I have been most pleased with, but I think once I run out I will look for a slightly stronger retinol, and perhaps a much cheaper one!